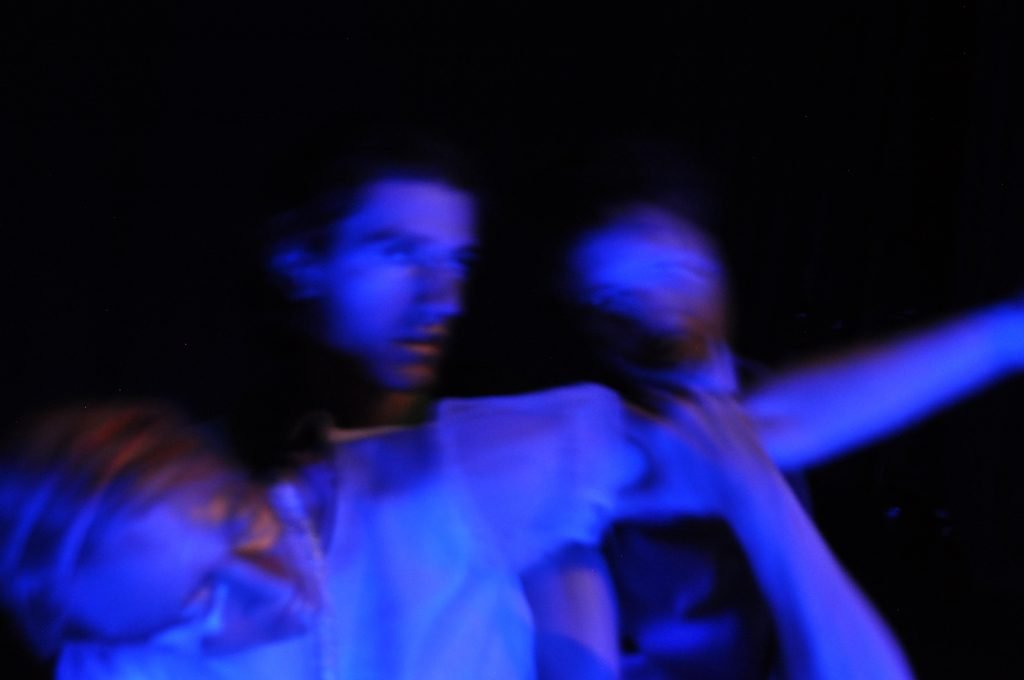 The stage is empty. At first there is nothing but the distant, disembodied sound of a person whistling a high continuous note. Then two more whistled notes appear, one after the other, and the three notes clash faintly with each other in an unsettling harmony. Three performers, now revealed as the source of the whistling, move together from the right-hand side of the auditorium towards the stage while they continue to whistle, the pitches and the resultant harmony slowly but constantly fluctuating. So begins the aptly-named Brouhaha, a new immersive, deeply meditative dance work created by French choreographer Lola Maury.

As the performance continues, it transforms into a slowly but continuously shifting kaleidoscope of sound and movement, with the performers slowly gliding around each other and around the stage in fluid, seamless motion. As the performance goes on, sounds become louder and more chaotic. The performers’ whistling changes to breathing and ‘shhh’ sounds; they then begin humming, oohing and aahing loudly and harshly in the same dissonant harmonies that they were previously whistling in. 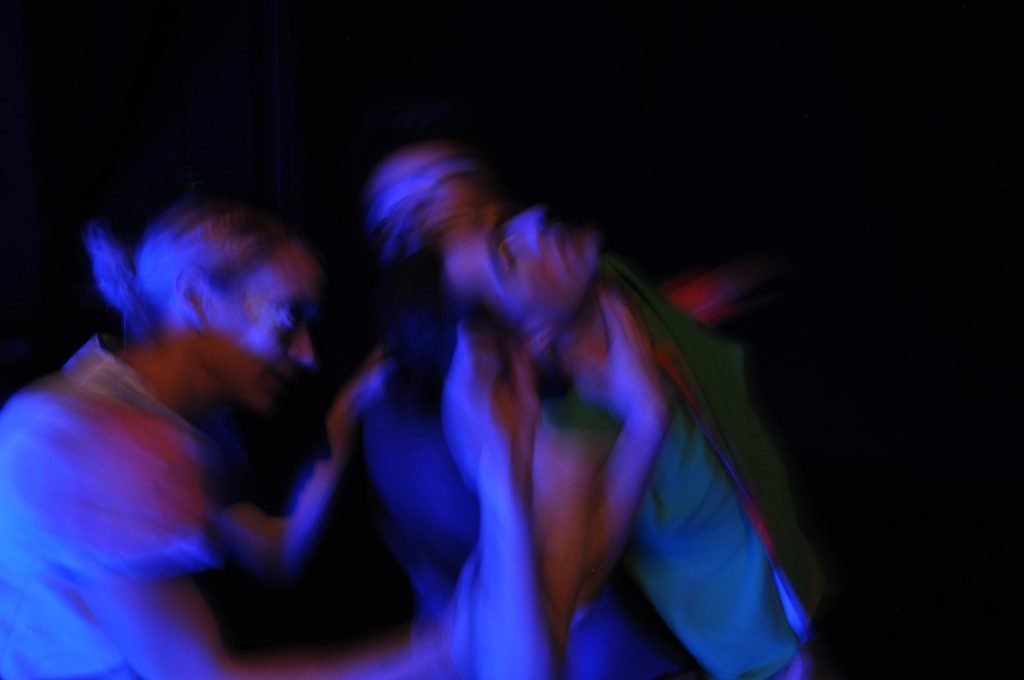 Recorded background noises begin to enter the fray, creating a chaotic, layered, cavernous soundscape not dissimilar to that of a large train station. There is a sea of voices talking or shouting indiscernibly. Various sounds emerge like waves from the sea of white noise – glass bottles clinking, a toddler warbling, cars vrooming, a music box playing, coins ka-chinging in a cash register – before being subsumed back into it. The movements become faster, jerkier and more unpredictable, the performers moving more quickly around the stage and each other. At a couple of points, a four-to-the-floor dance beat emerges above the chaos.

As a whole, the performance evokes a sense of chaos, confusion and alienation. The individual sounds, even the individual performers, are subsumed into a larger mess. The various sounds associated with everyday human activities – the cars, the coins, the glass bottles, the dance beat – are detached from their everyday context and simply become part of an abstract sea of noise. The performers do not sing or whistle any words, and for most of the performance their voices simply clash against each other without any sense of harmony. Their bodies interweave without them making eye contact, as if there is something unintentional about the loose harmony that arises between their movements. 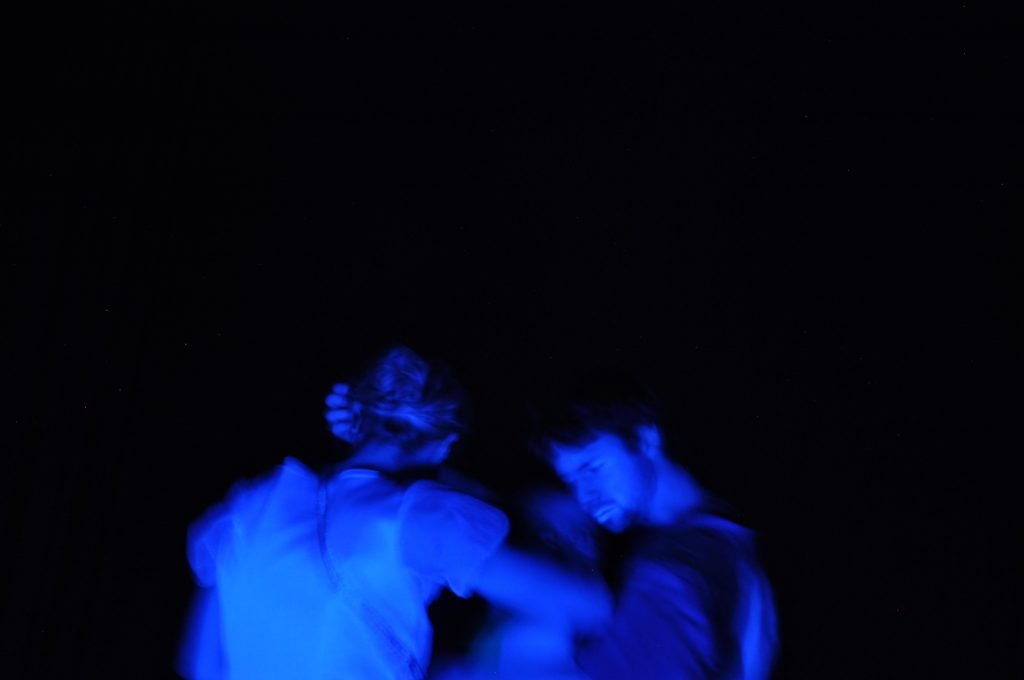 The performance is a meditative and refreshing experience. It creates a sense of being taken away, lifted up out of the individual, distinct aspects of the human experience – as represented by the various distinct noises that appear and disappear throughout the performance – and washed, cleansed by the abstract, colourless sea of which they are part. It is significant that the performance guides you directly into its unsettling chaos and disharmony before allowing you to emerge in a place of relative harmony, stillness and silence at the end.

Towards the end, the sounds gradually become quieter and fewer, the movements smaller, slower and smoother. The recorded noise fades into silence and the performers sing in wordless, haunting harmonies as they gracefully exit the stage, slowly gliding down the left-hand side of the auditorium. You are left with a sense of peace and calm, a sense that the enveloping, immersive chaos of sounds and movements of the past hour or so has returned to the same silence and stillness from which it emerged.

WooWoo London would like to thank; Alberto Ruiz Soler for the photos and Jonathan Platt for these beautiful words.  Please visit www.lolamaury.com for more information about Lola Maury Productions.

Latest posts by woowoolondon (see all)

This site uses Akismet to reduce spam. Learn how your comment data is processed.